Things to do in Alausí, Ecuador – Other than the Devils Nose train 🚂

Lille, explore a modern medieval city in the north of France 🥖🍷

Visit the city of Leeuwarden, the Netherlands. Discover Friesland by bike. Including pictures!

Visit Leeuwarden, Friesland, in the north of the Netherlands

Friesland is one of the northern provinces in the Netherlands. The capital of Friesland is the beautiful city of Leeuwarden. Relatively speaking (because the Netherlands is so small), it’s far from Amsterdam, about two hours by train. Because it is not located this close to Amsterdam it still has its old vibe to it, with less tourists and the more real old-school Dutch vibe. Leeuwarden has beautiful buildings, canals, minus the tourists and the insane prices. You really should visit Leeuwarden for a weekend or so when you are in Europe. It’s a good place to do some shopping and sightseeing. Gape at beautiful old and well maintained buildings, drink, eat, and discover Friesland by bike!

Did you know: the province of Friesland in the Netherlands has it own language. About 400.000 people that live in Friesland speak ‘Fries’. No worry when travelling there though, they also speak Dutch (the language in the Netherlands), and mostly English. As Fries or Dutch aren’t widely spoken around the world, the Dutch people are very good in English too.

Exploring the city of Leeuwarden

Leeuwarden is a beautiful old city were in some places time had stood still. The big American retailers didn’t make there way here yet, but there are enough local and Dutch shops to do some nice shopping. As being one of the oldest city of the Netherlands you will definitely fall in love with it.

Map of the city of Leeuwarden

It always comes in handy to have a tourist map of the city when you go out exploring. You can get one at the reception of your hotel, in a coffee shop or online, here for example. It is very (very) convenient to walk around the city because it’s just not that big! Visiting Leeuwarden for one weekend is fine, you will have enough time to walk around and explore. When you stick to the city centre that is encircled by water you will cover the main city centre including the hot spots.

Some places to make sure to see or visit:

Make sure to visit the old the Hoofdpostkantoor (head post office), now Grand Hotel Post-Plaza. This is an amazing building. Not only from the outside but make sure to go to the hotel and restaurant on the inside to have some lunch, coffee or dinner. It is stunning.

When visiting Leeuwarden for a couple of days I would really recommend to rent a bicycle and take a look outside of the city, into the province of Friesland. You can rent a bike at the train station or at your hotel. There are of course multiple routes to follow by bike, but this really depends on how far you want to go by bike. Google maps and maps.me will be your friend here! Or use the bike nodes system to plan your route (Dutch: knooppuntenroute).

Route to go by bicycle

I’ll just going to give you some idea of a route to take. You don’t have to be a really experienced cyclist as well, it is at flat as it gets in the Netherlands. But just to give you some guidance and idea I’ll share the route that we did by bike.

We exited the city centre of Leeuwarden in the north, and cycled alongside the river called Dokkumer Ee. We cycled at the westside of this river all the way to Burdaard. This is about 12,5 kilometres / 7,7 miles (1 hour). In Burdaard you can grab a coffee and give your body a little rest. It’s a really travel-back-in-time scenery and village that you will encounter. You will not get a more Dutch old-school vibe than being here. Not even the Albert Heijn supermarket has found its way to Burdaard. But this is a good thing as you have the local bakery’s, local cafes etc. Just like back-in-time before the bigger retailers made their way all throughout Holland.

After our coffee we did continue to cross the Dokummer Ee and cycled along the Brugweg/Steendamsterweg/Tuskendammen/Wearbuorren, via Oentsjerk and Gytsjerk, via Ryptsjerk and Tietjerk, through the nature park the Groene Ster (Green Star), through Camminghaburen and back to the city centre. This second ride was about 25 kilometres / 15,5 miles (1,5 hour).

During this beautiful cycle tour you will see a lot of grasslands as far as the eye can see, beautiful rivers, cows, sheep, the scenery of the Elfstedentocht that Friesland is famous for, windmills, old houses. Really beautiful and a good way to explore Friesland beyond the city centre of Leeuwarden.

How to travel to Leeuwarden

Easiest way to travel to Leeuwarden is by train! The railway system in the Netherlands (as in the rest of Europe) is very convenient, timely, frequent and easy. The train station of Leeuwarden is just a few steps away from the city centre.

Adrianne - DUTCHIE AROUND THE WORLD 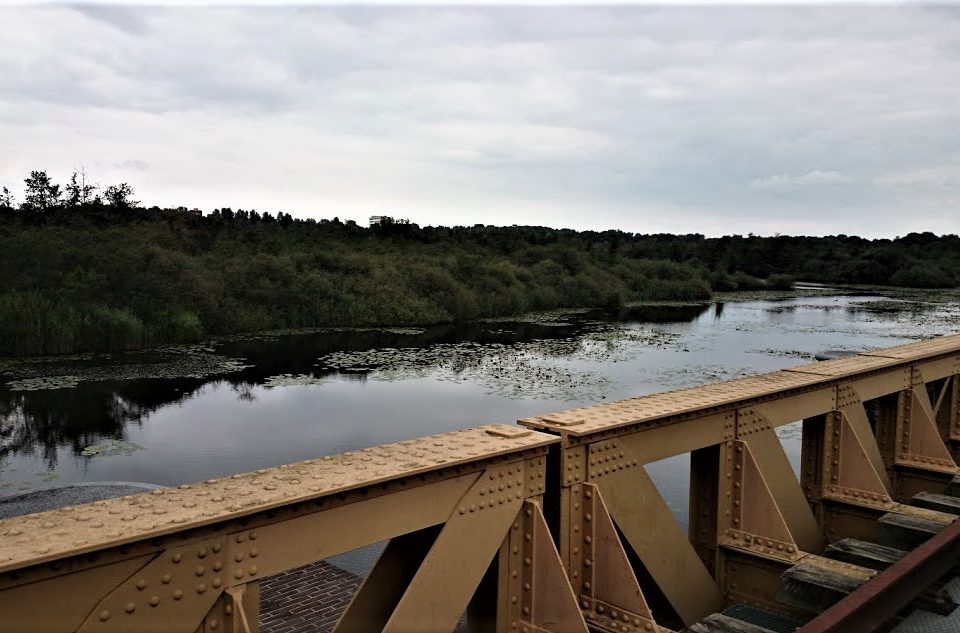 Nice to meet you!

I’m Adrianne, proud to be Dutch. I love to share my travel experiences to help you have the trip of your life!

I’m curious about your travel preparations, questions and experiences, please comment below or
leave me a message ✉! 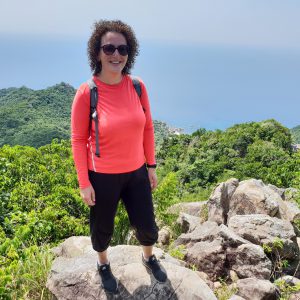 Me hiking at Koh Tao!